The store will not work correctly in the case when cookies are disabled.
Menu
English - UK
Language
Skip to the end of the images gallery 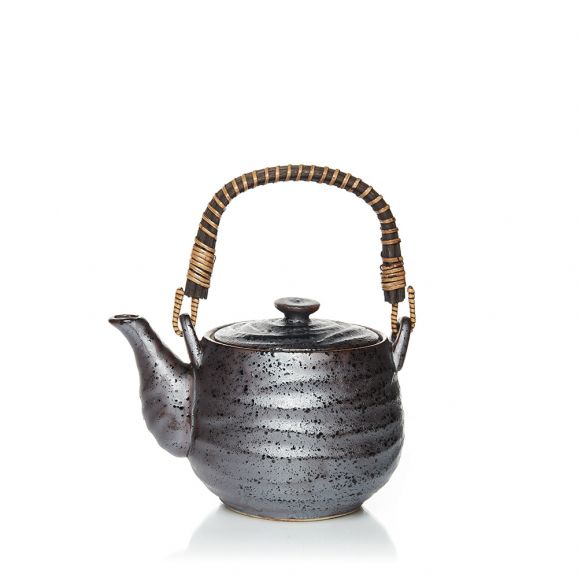 This ceramic teapot allows you to enjoy tea in the classic Japanese style and appreciate its many flavours and aromas.

The teapot is handmade, and the glaze, which gives it a beautiful finish, was also applied by hand. Because they have been traditionally crafted, no two Haiiro teapots are exactly the same. This teapot makes a good set when combined with the Haiiro cup.

It is best to wash the Haiiro teapot by hand to avoid damaging the paint.

Not suitable for microwave use or dishwashers

The Haiiro teapot is made from ceramic in the Mino region, in the prefecture of Gifu (around 30 km north of Nagoya). The Mino Yaki pottery has been a renowned centre of ceramics in Japan for several centuries. The history of Mino Yaki began more than 1,300 years ago. During the Hein period (794-1185), glaze made using ash, called Shirashi, was introduced.During the Momoyama period (1573-1603), the growing interest in the tea ceremony among the Japanese people led to a growth in the production of tea accessories. Many potters moved to the Mino region due to the number of clay and fuel suppliers there. The Mino Yaki pottery developed during this period. Then, in the 17th century, Mino potters had the revolutionary idea of building ceramic kilns on the region’s steep mountainsides. These kilns made the region’s pottery famous throughout the land.